There’s an influx of release date announcements from the Indian film industry. With the lockdown eased out amid the pandemic and theatres opening with 100 percent capacity in Maharashtra as of now, production houses have announced the release dates for their upcoming slate of films! Bhoot Police starring Saif Ali Khan, Arjun Kapoor, Yami Gautam, and Jacqueline Fernandez now has a release date. 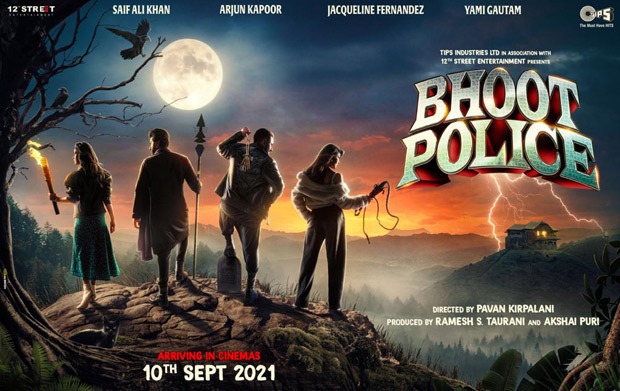 The makers of the film released the first poster of the film along with the announcement that it arrives on September 10, 2021. The shooting began in Dalhousie in November 2020.

ALSO READ: “Fans are like family,” says Arjun Kapoor as he meets his oldest fan